Wives: The Key to Stepdad Success?

Posted by JoelWHawbaker on August 31, 2013 in Stepdads Blog | 0 Comments

FACT: Half the bests on a roulette table give you better odds than staying married to a single mom.

Less than one in three Stepdads will remain married for ten 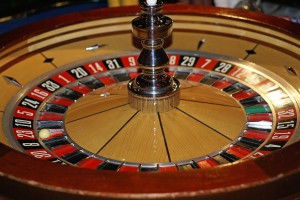 years or longer. The vast majority will divorce. A good indicator of how hard it is was reorted in the 2013 Stepdadding.com poll, which showed Stepdads are twice as likely to ask for a divorce -compared to traditional marriages.

When a Stepdad is willing to do the work left by a father who walked away:

Ultimately, The Stepdad becomes disillusioned and frustrated. He feels undermined and unappreciated. Something that could have had positive results ends in one more divorce. With the laws as they are the mother can deny the Stepfather visitation with the children. She doesn’t have to. So the children miss out on the opportunity to have an ongoing, positive male influence in his life –even if he’s the ONLY male role model the children have. The end result is an endless cycle of men who walk away, Stepfathers who fail and kids who grow up without a full-time, loving father figure. Kids learn an unspoken lesson: “Men don’t have to stay.”

The lack of leadership and discipline leads to another generation of boys, who become men but never actually grow up. Like their absent fathers before them they have little accountability and look for ways to prove they’re men. After finding a willing partner many of these guys also walk away from any responsibility for their child… and the cycle starts over again. 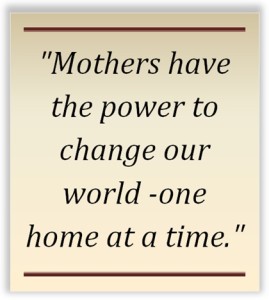 How do you fix something so broken? There are only two options and both require changing societal attitudes.

1)      People have to care that men aren’t there for the children they make.

History shows when society puts pressure on people, people conform. Five decades ago if a single girl got pregnant the boy involved was expected to “do the right thing.” Usually he did. If society cared, it would at least have the effect of making guys think twice about making a child.

2)      Mothers need to once again accept Stepdads as “real” fathers, when the biological father has shown no interest –and give him an equal parenting voice.

It’s nearly impossible to create the type of full-scale societal change described in my first option. The remedy to this situation will have to begin at home. Women who understand and accept the benefit of a full-time caring father figure will chose to change. They will allow the man in their home to do the job nature has made him well-suited for.  Boys need a full-time, caring father. Lacking a father, a Stepdad will usually do a fine job -if he’s allowed to. She may as well stay single if she plans on letting him in but disregard his as a parenting figure. Women that understand it takes more than a mom to raise a child, find their kids are better equipped to handle the world when they’re older.

If more moms understood the importance of the fathering role, our society would change for the better. More young men would be prepared to be young “men” –instead of becoming grown-up boys. It can be done! Mothers are the keystone of family stability and have been throughout history. Fathers bring needed (and vital) pieces to the complete family structure. They serve an important role -but moms hold an amazing amount of sway in the home. They can encourage or block the husband’s effort to raise strong sons. Mothers have the power to change our world -one home at a time.