Walking the wire of Stepdadding

Being a step dad can feel like a series of endless analogies; almost immediately after taking on your new role you find you feel like a small fish in a big pond. You enter a family already in progress and struggle to find your footing and voice. You’re not deterred by such things so you step up to the plate with all the eagerness of a rookie, first round draft pick on opening day. It doesn’t take long until life hits you like a diesel truck hits a field mouse crossing the interstate. 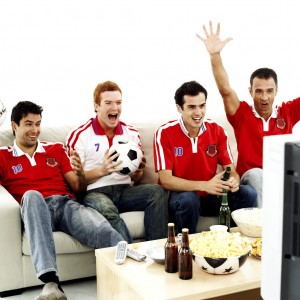 about the way you handle the kid’s discipline. Once reality sets in and you realizes how challenging it can be, you begin to feel like the sharks are circling and you’re in a lifeboat of shipwrecked tenderloin.  Yes, being a stepdad can be a tightrope act at times; where finding the right balance can be the difference between heroically standing tall –and a long, painful fall. The failure rate makes blended family marriages seems more daunting than discount bungee jumping in a country where you don’t speak the language.

The evidence shows the difference between failure and success can actually be a lot like the tightrope analogy; where finding the right balance can help you make it across the rift. Choosing your steps wisely could be the most important factor in a successful marriage and family life. Retired Judge Anne Kass, saw an impressive number of divorce cases while serving the bench as District Judge in the Second Judicial District of New Mexico. Kass says “…statistics tell us …that 70 percent of second marriages that involve stepchildren fail.” What’s the reason for such a high rate of failure? Kass sites money issues and complications with family life.

Money problems have been described as the most common reason for divorce for a long time -so no surprises there. It’s been that way for a long time and doesn’t seem to be changing. A recent survey conducted by Citibank found that fifty-seven percent of divorced couples in the US claimed financial problems were the primary reason for the end of their marriages. So this is one of the major reasons blended families fail, but is no different than traditional first marriages. Where we find a real difference is with family turmoil. Family complications are a problem which plagues many blended families and ultimately results in their failure. This is where the tightrope really comes into play for ‘dads in blended family marriages. Family complications are a puzzle that can take years to sort out. It’s not a task that will be easy and there’s no user’s manual because every situation is different so each guy has to look at his situation, step up to the plate and swing for the fences. With some skill and effort they may be able to make it all come together over time. In the most simple case –where a man with no kids marries a single mom- the new stepdad will need to adjust to more than just married life. He will also have to define his role in situation where: 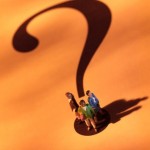 There are many areas where he will need to show skill and cunning to find balance in his relationship and his family. Some of the more challenging issues are:

The items on this list hardly scratch the surface of the issues a Stepdad will have to deal with.There are so many different variables -from one family to the next- you couldn’t hope to cover all the possible challenges in a single book. With the limited space we have, we’ll focus on these three for now.

In joining a new family dads must choose their steps carefully and force themselves to make very slow changes, if changes are needed (and they often are). Much of the time after a break up, moms will overcompensate for the loss -to help sooth away sadness caused by the breakup, or the complete absence of the father (depending on the situation). It’s also comforting to many single moms to have a closer relationship with their kids, which can sacrifice discipline in hopes of a friendlier mom-child relationship. Moms mean well but sometimes the end result is a house full of kids who are not use to a more firm hand-which men more frequently have.  When a Stepdad enters this situation it can be a minefield if he immediately starts to play the role of ‘dad’ or the wife expects him to be the disciplinarian.

“Just wait until your dad gets home.” moms used to say when I was young.  If a guy sees his wife getting walked on by the kids he’s likely to step in. Be careful guys. Remember that moms are defensive by nature. If you think you’re helping her by putting the little ones on time-out, you might be blind-sided when she comes to their rescue.  This situation is likely to leave you feeling confused about what your role is in the family. If you’re not a dad… then what?

You married her but you got the package deal –which included a guy she doesn’t much like. If he’s still in the picture, play friendly with him. As long as you’re with your wife, he will be a part of your life on one level or another because they have the kids in common.  You don’t have to be buddies- just let him know you’re not trying to replace him as the kid’s father. That should go a long way to sooth any anxieties he has about you. It may not be the most comfortable conversation you ever have but it will pay dividends for years to come.  Back up your words with actions. He’s their dads so (unless there’s a reasonable concern about safety) don’t try to block access to the kids. Because ex’s don’t always get along, you might have to walk a tight rope between the wife and the ex. Hopefully you have some diplomacy skills because this high-wire act will take more than just fast feet and balance. Remember that peace at home is most important so avoid at all cost sacrificing that to please the ex. The wife’s happiness is most important here. Never risk that just to make the bio-dad happy. He’s not the one you plan to wake up beside for the next few decades.

When it comes to dealing with issues involving the ex- that’s the wife’s job. If you get involved it will only make the situation worse. You wouldn’t want to feel like another guy was arguing with you about what’s best for your kids. Taking the wrong step – will lead to a fall. You’ll also have to find balance with the family of the ex. Aunts uncles and 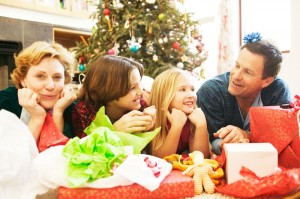 grandparents don’t stop caring about the kids just because the kid’s parents split up. Extended family may even have animosity towards you because you married the mom. Human psychology is a tightrope with bad knots on both ends. Step carefully with her former in-laws. You might even have a talk with the grand parents to let them know you think they are an important part of the kid’s lives. If they have any initial resistance to you, this should help lessen it. Still, extended family will pose challenges. “Trying to come up with a plan for how to share holidays and vacations is a major undertaking.” Judge Kass points out. Though seemingly simple, deciding who gets the kids -and for how long- during the holidays can be a recurring nightmare. You can quickly start to dread the holiday season as the calendar pages peel away and autumn approaches.

The one time you can count on kids liking change is when it’s in your pocket or in the cup holder of the car.  Even if you’ve dated a woman for a long time, the act of moving in or marrying her will be a huge change for the kids. Children settle into a set of expectations and when things start to change they may become unhappy about it. This is especially true if they feel it’s changing for the worse. If a nine year old is accustomed to staying up until 10:00 on school nights and you say the new bed time is 9:00, that’s not going to make you Mr. Popular. If your wife tells them it’s going to be 9:00 from now on, they won’t like it but they will get over it –because she’s mom and they just can’t help but love her.

If you want to play the dad role in their lives (and mom agrees with that) it will take some time and adjustment from the kids until it feels normal for them.  Child psychotherapist Rachel Melville-Thomas says about blended families “It’s about time and allowing yourself to know the children slowly.” It’s also important to know that your new family probably will not feel like a unit for quite some time. “There’s about two years after a new family is formed for the family to properly settle down.” Says Melville-Thomas.  Yes–it’s a tightrope but it’s a very long one.

As mentioned earlier, the scenario we’ve looked at here is only a mildly complicated blended family scenario, where it’s a single man with no kids marrying a single mom.  If your situation is different you can expect much more turmoil and 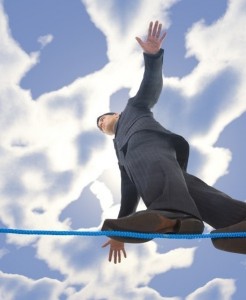 many gusts of wind as you walk the wire of matrimony and family life. Some common variables that can be land mines include:

The more of these variables that exist in your family dynamic, the more likely your relationship will fail. Get them under control quickly to have a better shot at success.  Blending a family is not a simple task but it is possible if two people are committed and realistic about the work they will have to put in. Like a good tightrope walker, you need the right attitude and the right tools. A good partner is the most vital tool to help you find your balance you need and the strength to keep moving forward across the tight wire. With the right partner you can be one of the three in ten who stays married.  It can be done. Now go get ‘em ‘dads!

The Honerable Anne Kass (ret) quoted from her article appearing at alllaw.com