The Theory of Relatives (What to Call the Step-Family Members)

I recently received an email from an adult stepdaughter that illustrates one of the challenges modern families face.

My mother remarried when I was an adult and my children were young. My mother has since passed away and my “stepfather” has remarried. What is his new wife’s relationship (? title) to me and my children? Thank you. -Jill

Thanks for reaching out. To answer your question I have to work from the assumption that your Stepdad’s new wife will be involved in your kids’ lives.

So here we go

The title ‘Stepdad’ is more of a title of convenience than a legal status. When divorce became more common parents remarried and there were suddenly more non-biological parents in children’s lives. There was a need to more-easily identify the person’s role in a child’s life. Saying “He’s Billy’s Stepdad” is simpler than saying He’s the man that married Billy’s mom.” The name also conveys that he’s a parent figure in Billy’s life.

–I know this sounds like basic math- but stick with me. I promise it will make sense in a minute.–
As family dynamics evolved, the need to identify other roles grew. 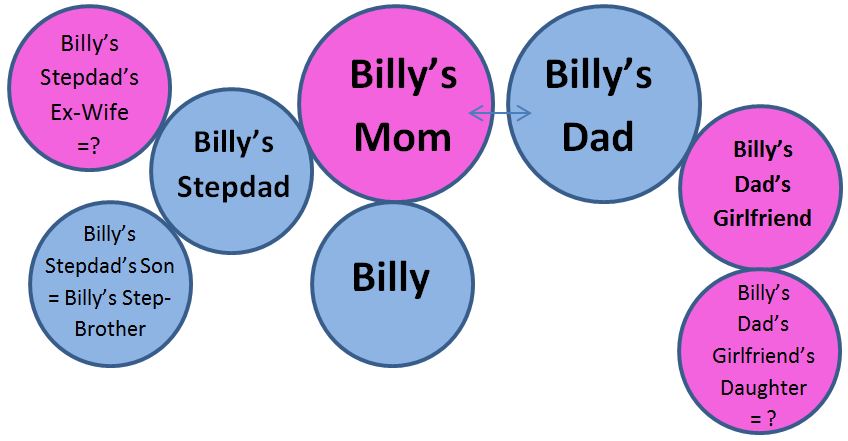 At some point it becomes a matter of choice – and convenience. What you choose for your kids to call your Stepdad’s wife is entirely up to you and your spouse. You can choose to call her anything you’d like as long as she agrees to it. What you call her depends on many factors.

The most important thing to consider is what effect all of this has on your child. Another grand parent figure can be a positive addition to a child’s life. As long as she’s fully committed to being there for your kids, feel free to let her choose what she’s called.

If your question isn’t about what she should be called by your child, but actually just about how to reference her when talking about her (rather than saying “my stepdad’s new wife”) I’m afraid I can’t recommend anything. There’s just no catch-all term for that role.