The Stepdad and the Dung Beetle

Father’s Day is upon us! Did you know that the idea of Father’s Day was first conceived around 1910? It was sporadically celebrated throughout the United State for many years but wasn’t official for quite some time. It took more than half a century before it was officially made into a national holiday in the US, when President Richard Nixon signed a bill to make it official in 1972. Since then the idea of a day for dads spread around the world like Dung Beetles spread through a fresh pile. Today, Father’s day is celebrated in the US, Canada, Australia, New Zealand and the UK! Ironically these countries also have the highest percentage of Stepdads but none observe a Stepfather’s day.

Stepdads don’t need a national holiday. For decades we’ve been honored in other ways. The news media is great about running stories that point out what great men

Stepdads are. We’ve been  lovingly portrayed in films since movies were first invented. Recently there was a ground-breaking ceremony on the front lawn of the White House for the National Stepdad’s Hall of Fame…  Ok, the truth is—and you already know this—that’s all Dung Beetle food. The word “stepfather” has a universally negative feeling. The news overflow with depressing stories that point out the malicious deeds of a random few stepfathers. Hollywood has sold millions of tickets for bad films portraying stepfathers as the wellspring of evil. It can be depressing to be part of such a misunderstood group… but that’s ok. We don’t need a day dedicated to us. We’re not in it for the free Sunday brunch once a year. We’ve got bigger plans than that.

Stepdads have been shunned and categorized as a group throughout recorded history. We’ve been disrespected and given mean looks by 3rd graders—and it continues. Just last week I went to the kitchen to make some popcorn and when I got back to the living room my daughter had cruelly changed the channel from the news to the Carton 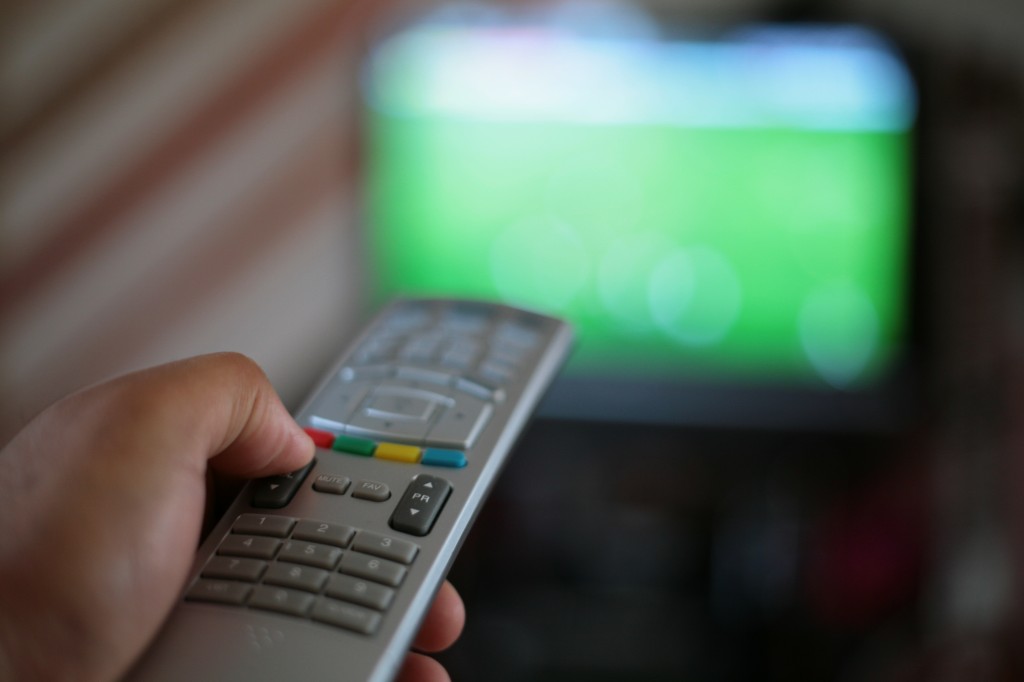 Network! Someday soon dads, we will have our moment. Each year our numbers are increasing and the power is shifting. Like so many other misunderstood and maligned species we will someday be celebrated for our contribution to humanity. I have a dream. I dream that someday Stepdads will be able to walk with their heads held high. Someday our efforts will be fully appreciated. I have a dream that someday Stepdads will be as highly regarded as the Dung Beetle!

A million and seventy three years ago (approximately) a lonely group of Dung Beetles huddled in a corner of the African continent. They wandered aimlessly looking for a McDonalds and a Motel 6, but in this cruel environment they had to be creative to survive. Africa was pretty rugged back then.  It was kind of like many modern living rooms but with more dirt and animals. The lonely Dung Beetle beat the odds and survived—and thrived! Today you can find Dung Beetles all over the world. By the 20th century Dung Beetles had migrated to nearly every continent—except Australia. It seems that Dung Beetles don’t make much money, so none of them could afford the cost of airfare to Sydney.

-By now you’re wondering where I’m going with this- but stick with me for another paragraph and I’ll tie it all together for you, guys-

Luckily for the Dung Beetles in the 1980s Australia decided to IMPORT them. What would inspire the Australian government to give the Dung Beetles an all-expense paid one-way trip to the land down under? You see, early in their history as a country the Australians added many other non-native animals to the landscape, like cows. Lots of cows! The cows and other creatures created (how shall we say this…) a problem that was starting to pile up. Without the Dung Beetle, Australia might have been a smelly mess. Today the Dung Beetle is there, happily cleaning up the mess with no complaints. Not un-like the Dung Beetle—Stepdads dive into challenging work others find too hard to swallow. In fact, Stepdads frequently do the work others have refused to do—and have even walked away from!

-I told you I’d tie it all together-

Today the Dung Beetle is a superstar in the insect world. They have their own National Geographic webpage. They exist on nearly every continent except Antarctica. Queen 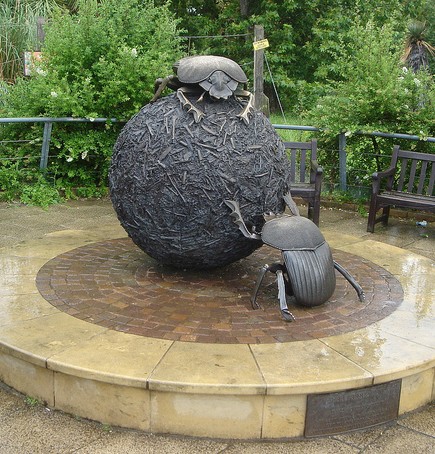 Elizabeth II even unveiled a statue of Dung Beetles at the London Zoo. Stepdads are starting to gain speed and hope to someday hold a level of prestige equal to the Dung Beetle. Our achievements aren’t nearly as impressive as the achievements of this universally adored insect but we’re trying really hard. By comparison; Stepdads currently exist on every continent in the world (occasionally even in the Antarctic). Thanks to Stepdadding.com we now have a website dedicated exclusively to our species. We haven’t had a statue dedicated to us by royalty but we’re patiently waiting. Stepdads have come a long way.

We are biding our time and waiting for their Dung Beetle moment. We’ve had it hard for centuries but (like the Dung Beetle) we’ve been digging deep and swallowing a lot for years. We’ve managed to slowly move the cause forward by having some amazing men among our circle. George Washington was father of the American country and father of two stepchildren. Julius Caesar was also a Stepdad. He’s the guy they named the salad after. Then there’s Bruce Jenner—the man the Kardashian sisters respectfully call “mom’s husband.” Stepdads around the world look up to Bruce. Not just because he’s an Olympic Gold mentalist but because he was featured on the cover of Wheaties Cereal; something a Dung Beetle has NEVER achieved. Of course, that was before he tumbled from the pillars of prestige and became a Stepdad. But Bruce is making a name for all of us. He’s showing men who’ve married single moms that we don’t have to hide in the shadow of the Dung Beetle.

Yeah, we’re biding our time. Someday we’ll be the accepted standard. Today, the majority of homes in western cultures are blended families. Kids are more likely to live with their moms when a couple splits up. Moms are more likely to remarry than dads, so most families now include a man who wears the badge of Stepdad. Soon we will control every living room in the western world. Someday we’ll have complete and unchallenged dominance… over the remote. You might think I’m dreaming too big-but I believe it can be done. Sure, there are still obstacles to overcome. Not too long ago people even disparaged the Dung Beetle. Stepdads—like the Dung Beetles— must endure a lot. Someday, if Stepdads can rise above and gain the public adoration that the noble Dung Beetle enjoys, we can have it all. The dung beetle hasn’t always had it good but they have always had something no other creature on earth could claim: A guarantee that a warm supper was waiting.