We live in a mountain community and often have friends and family come to visit the wilds and wilderness. Sometimes they bring the wild with them. Last month a friend and his two sons. The boys are five and 11. The kids were much younger the last time our families spent time together. He was still with their mom back then and we always had a great time. This time was different. The boys were out of control. They were loud and demanding and argued with each other -and with their dad- constantly. I started to feel these kids were little monsters. His rules, his kids; I stayed out of it.

My friend had a family emergency and my wife and I agreed to take over zookeepers duties while he left town to deal with the situation. What happened next surprised me. After only a few days the boys settled in. They adjusted to the house rules and there were no problems with arguing and disrespect. They were as well behaved as we’d expect. They were enjoyable to have around. Just two typical kids having a fun vacation. 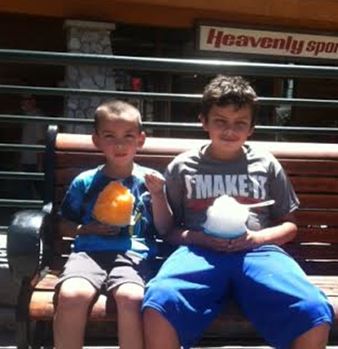 It was miraculous. They weren’t the same kids they were the week before… but what had changed?! The only thing different was their dad. With him gone they adjusted to our rules and still managed to have a great time. They quickly learned arguing will earn a time-out and being helpful will earn thanks and praise –and possibly a treat. Their dad lacked the patience to say no and rarely held his ground. He typically gave in when the kids begged and whined. Through his parenting style the kids learned to argue with him. But the kids weren’t the problem. The parent was. 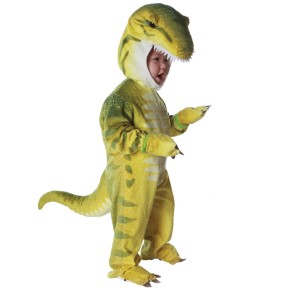 to break through. They were willing to take the pain so they could get what they wanted. Kids without consistency quickly become little Velociraptors. They test authority, throwing themselves against the soft boundaries their parents set, and test for weaknesses. They push for more freedom and they suffer in the process.

Children need (and desire) consistency. Lack of consistency is like a picket fence. There are holes and cracks, which allow kids the space to negotiate. The line of what’s acceptable becomes fuzzy, so negotiating turns into arguing. They quickly learn to whine when they don’t get their way, in an effort to change their parent’s mind. Consistency replaces the fence with a wall. It’s a marker that tells the child where the line is and he quickly learns it’s not easily moved. Being consistent is harder than giving in. Many parents take that short-cut. But like most short-cuts, it’s harder in the end.

So what is Consistency?

Though they may complain, rules and expectation keep kids happy. They know what’s expected and they have a sense of stability. It’s easier to stay within the lines when they know where the lines are. When kids break the rules they know there will be consequences. Without the lines they push and sometimes get in trouble for pushing too hard. 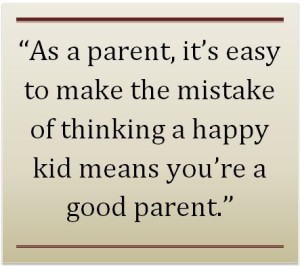 Some parents who practice consistency bend the rules from time to time, in an effort to make their kids happy. When kids see the opening they remember it. In the next few days they might try to exploit it.. “But you let us have ice cream before dinner last night.” the kid might snarl. The parent has to re-establish the boundaries. “That was a special treat. Don’t expect it to become a regular thing. We eat dinner first, not desert… you little dinosaur.”

As a parent, it’s easy to make the mistake of thinking a happy kid means you’re a good parent. Remember… you can’t always keep them happy by saying yes. Do you really believe you can say yes to everything? Remember when you were young? You’d take as much as your parent was willing to give. But there’s a limit to what a parent can do. Eventually you have to say no.

“But my Kids are Already Velociraptors…”

If you’ve already conditioned them to negotiate and argue, don’t panic. It’s not a lost cause. If your struggle with your kids you can adjust the behavior by setting standards and sticking to it. Yes, you’ll get some push-back from them, but they will settle in. Setting standards will quickly create consistency. .. for the kids and for the parents.

“But won’t it make the kids mad when I don’t give in?”

Have you ever pulled off a bandage? If you pull it off fast it’s over 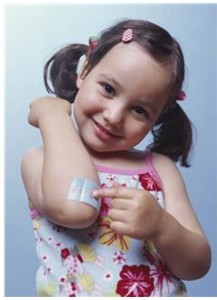 quick and you get past it. If you pull it off slowly it draws out the pain and seems to hurt longer. Saying no to your kid is like that. Get the bad stuff over fast and move on. If you do it the same way each time they get used to it quickly.

After three weeks the boys grandparents asked to take them. They were excited to go but when we started packing their things they said they wanted to stay with us. We told them they could come back later in the summer if their dad didn’t mind. While they were here we were consistent and firm. But it was blended with attention and affection. They loved being part of the family. They knew we cared about them and they felt secure and comfortable.

We packed the little dinosaurs in the car and they waved goodbye. We told their dad we’d be happy to have the boys back again anytime he wanted to send them. We found a tactful way of letting him know it was best to have them visit on their own. They were better behaved without him.