Famous People Who Were adopted By Stepdads

What do Bill Clinton, Lance Armstrong, and Nelson Mandela have in common?

They were all adopted by their Stepdads.

In 1950, Bill Clinton’s Stepdad, Roger Clinton made it official and from that day on he was a Clinton. Bill never knew his dad, who died in a car crash shortly before Bill was born. Bill would go on to make the Clinton name famous.

Lance Armstrong, the (now infamous) bike racer was adopted by his stepfather at age three. And Nelson Mandela’s father died when he was a child and Jongintaba Dalindyebo, the chief of the Thembu people took Nelson under his wing as a surrogate parent – eventually adopting Mandela when he was just nine years old.

As time goes on, adoption is becoming something you can do without having to hire a lawyer. Stepdadding recommends MyAdoptionForms.com as a great way to adopt, with minimal hassle.

Other famous folks who were adopted by their Stepdad include: 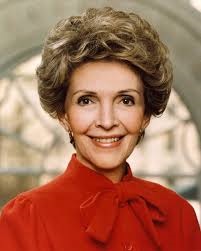 Priscilla Presley – The woman who married “The King of Rock N Roll” was adopted as a baby after her father died in a plane crash.

Nancy Reagan – This famous First Lady was adopted by her Stepdad after Nancy’s parents divorced.

Jess Jackson – The well-known minister was adopted by his mother’s second husband.

Kristin Davis – The Sex In The City star was Adopted by her Stepdad when she was 3 years old.

Gerald Ford – President Ford was raised by his Stepdad from the age of 2, after which his mother completely changed his name, which resulted in a de-facto adoption.

Through our partnership with MyAdoptionForms.com, you can get a complete adoption for just $297. Follow this link for the Stepdadding.com price. And congratulations on making it official! Maybe someday, after all the pieces come together, your kid will be famous too.