The truth is you are not his dad. The biological dad is and the child only has one dad. It is great that you are there to support 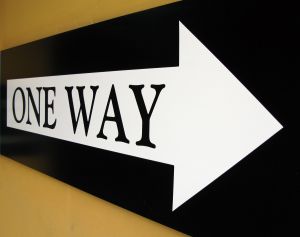 the child and be a male role model and support the mother but at the end of the day, the dad is the dad. It is hard to be a ‘father’ when you have been displaced from the family home and seeing your child becomes problematic, it is even harder for the real dad when a new man enters the scene and presents as the savior figure when the biological dad has two arms tied behind his back. At the end of the day all this hoopla about research and multiple fathers is rubbish. Unless the biological father is deceased or has expressly stated he has no interest in raising his child should a ‘step-dad’ assume this mantle. You are not even the dad, you are a significant role model who cares and loves the child. Great.

You say “Stepdad is much more complex than being a bio dad. It’s because we have to navigate through challenging (sometimes emotional) situations that grow from the wife’s earlier relationship(s).”                 This is a big load of rubbish, more complicated then being the biological dad? Yeah if he’s dead, this is a very stupid thing to say. -Dave

You can call it “rubbish” but that doesn’t change the fact that the research supports the statement. A step father does have it much harder than a biological father, in both parenting and in his marriage. Stress is a huge factor. This isn’t opinion -it’s established fact backed by research. The stress levels are so high that Stepdad are nearly 50% more likely to divorce, compared to biological fathers. 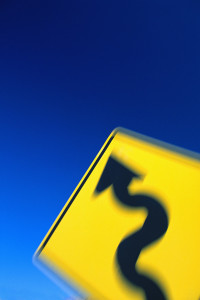 Stepdads are an honorable group of men, doing a difficult job they weren’t required to take on. Negative attitudes like yours don’t help. You stated that the biological dad’s hands are “tied behind his back.” That’s so foolish it’s almost laughable.

2) A Stepdad can be denied visitation if he splits up with his wife.

3) Even worse, in 20 US States and Canada he can also be compelled to pay child support.

A bio-dad’s hands are FAR FROM tied. The Stepdad is the only one who volunteered for this difficult job -and he’s the only one playing at a disadvantage.

You seem to be under the impression Stepdads marry other guys’ ex’s because they want to raise someone else’s kids. I don’t know where you got that impression. It sounds like you’ve had a hard time dealing with you wife’s new husband. You might consider how your negative attitude effects the situation. Your personal experience is not the same as everyone else’s. Many remarried women are able to work well with their ex. Don’t assume your perception is everyone else’s reality. Maybe you’re struggling because you haven’t put enough effort into building a bridge with your ex and her husband. I recommend you spend more time working with your ex –in the best interest of your kids- and less time acting like a victim.