Who Should Give Away The Bride? 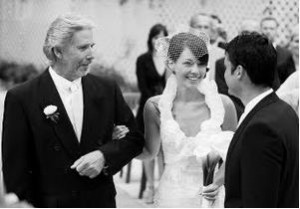 I am getting married in 10 weeks. My parents divorced when I was 15 months old and my Stepdad has been in my life since I was 18 months old -so to me, for as long as I can remember! I used to see my bio-dad every other weekend until I was 13, when I decided to stop going. I was tired of leading two separate lives and wanted to spend more time with friends… (sounds selfish now I look back!)
When I was 18 I started communicating with my bio-dad again and in the last five years have seen a lot more of him, although we still aren’t close. Here’s the kicker, my older step-sister was killed in a cycling accident last year, and since then we have had a lot more contact, and my bio-dad is really making an effort to be a ‘real’ dad. Back to wedding, I always assumed my Stepdad would walk me down the aisle, I’ve called him ‘dad’ since I was five and he has done everything and more that a father should do, he has always been the one I can talk to and has been a constant source of support – more so than my mum or any other relative.
However, since recent events I have decided to ask both dads to walk me down the aisle, I asked my Stepdad first as ultimately the decision is his, however, his reaction was not one I was expecting, he was upset and later told my younger sister that he was disappointed that I asked, as he see’s walking down the aisle as a privilege that he has earned, which of course he has. But at the same time I don’t want to disrespect my bio-dad!

Sorry this is a little long-winded but I’m really confused, and hoping somebody has some advice…?

I think the idea of both dads walking you down the aisle is sweet. 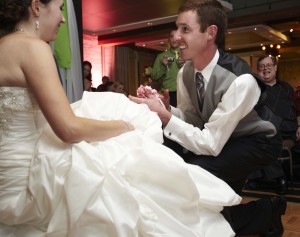 You’d be paying respect to the role they each had in your life as parents. But I can see how feelings could easily get in the way.

Committed Stepdads are big-hearted men. It takes that kind of man to volunteer for the challenging job of being a surrogate father. I see my step-daughters as my daughters. I couldn’t love them more if I’d made them myself. Your Stepdad obviously sees you the same way. You’re special to him and he’s dreamed of sharing this precious moment with you.

As a Stepdad, I have to admit I’m a little biased. With that said, I also have a great deal of empathy for biological fathers. Many fathers take the back seat in their children’s’ lives when their ex remarries. A lot of them do this in the interest of minimizing turmoil in their kids’ lives. When they step aside there’s less emotional tug of war over custody and less running between two homes for the kids. It can take a lot of emotional strength to step aside and put your kid’s interest ahead of your own wants.

There’s an old tradition that may be useful for you. It was once common for the father to put the garter on the bride. When the groom removed the garter, it was a symbol that the husband was now the primary man in her life. What if you were to ask your biological father to perform the honor of placing the garter? You could have your Stepdad walk you down the aisle and both dads would have a symbolic position in your wedding. Though not a perfect solution, I bet you could sell the idea to your father by explaining how you want them both to be part of your wedding and telling him about the importance of the symbolism.

Another important tradition is the bride’s first dance with her dad as a married woman. In this case it could be two dances. You can find some great dance ideas here. The wedding day is a joyous moment. Nothing says joyous quite like dancing.

Your wedding day is just that –your wedding day. If you chose the right man then this will be your one and only wedding. So you have the right to make any decisions you’d like to about it. Because emotions are involved there’s no simple answer. No matter what you decide, someone’s feeling may be hurt. Here’s a way to include both fathers in the ceremony without them both walking you down the aisle.

Congratulations on your special day! I hope it is wonderful, joyous family memory -til death do you part.