I’m a soon to be official stepdad, but I’ve been living with my kids for 3 years now. In our case the ex was abusive to my fiancé and has in three years through the courts been able to achieve visitation bi weekly with double overnights and two full weeks in the summer plus some short weekly visits and extended time for vacations. He has been negligent in many circumstances although nothing has been seen by the court as serious enough to reduce visitation time. The man makes no sense and as soon as we question him about things that go on with the children he immediately responds with complaints to us about things we are doing “wrong.” He 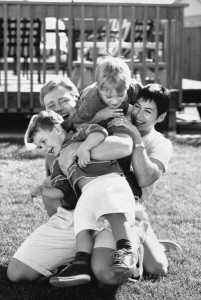 never owns up to anything and is constantly using the kids as a go between and telling them way too much about the custody battle that is going on. He frequently uses sarcasm and name calling tactics with my fiancé. He is making our life miserable and I would also like to know how we can deal with this guy. I can’t stand interacting with this guy and he doesn’t want me to anyway because he already knows I have a pretty low opinion of him. However, I feel like I have to be there because it’s unfair for my fiancé to deal with it on her own. I am worried about her having him hanging over her head all of the time… and she is terrified that something will happen at house and their won’t be anyone responsible to make a good decision. Not to mention the concern we both have over what his presence and attitude are teaching the children. Sounds like there are a lot of us out there who love being a parent to our step kids but have to grapple with these horrible men to get there. I know there are many divorced bio dads who are good parents, but these terrible role models who have biological kids are taking away too much time and attention from people who need a chance to help the kids they love grow up healthily. –Frustrated Step Dad

You’re right. Many Stepdads deal with this issue. Of course, the situation can vary quite a bit in each home. I know it’s frustrating but keep your focus and you can handle this. I noticed that you used that phrase “my kids”. That says a lot about how you see yourself in their lives. You feel a responsibility to them. Men who become 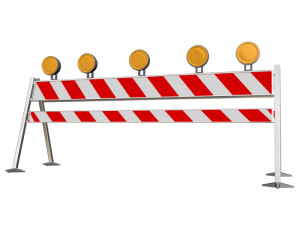 Stepdads should always take their role seriously. I respect your level of commitment –but the bio probably doesn’t.

When you marry a single mom you can expect challenges. If the biological father is still in the picture emotions can run high. Bio dads can easily feel threatened by a new man in their kids’ lives. Many worry that the Stepdad is trying to take their place. Some bio dads will respond by creating roadblocks between the kids and the Stepdad… often without even trying to. Unfortunately, most relationships end badly so most couples who split up find it easy to talk bad about the ex. This habit can have very negative effects when it’s done in front of the kids.

Your kid’s father is probably doesn’t realize it but he’s putting his children in danger by talking openly about the custody details. Kids can pay a high price for the adults’ inability to get along. Lack of stability as children reduces our odds of happiness and success as adults. Research studies have repeatedly shown the value of a stable home life. Here’s one example:

Research in Great Britain revealed that children from fatherless homes are:

24.3 times more likely to run away

6.3 times more likely to be in a state-operated institutions

6.6 times more likely to drop out of school

15.3 times more likely to end up in jail while a teenager

The stats out of the US, Canada, Ireland, Australia and New Zealand show similar results of unstable homes, abusive homes and homes with battling parent groups. Kids can (and often do) feel responsible for the fights their divorced parents have –after all; it’s usually about them. Children aren’t capable of sorting these complex emotions out. They feel powerless to stop the unhappiness and become withdrawn.

When one parent talks badly about the other in front of their child it’s a form of abuse –even if it’s not intended that way. When you tell a child its parent is a bad person, you are telling the child they are a bad person too. Remember, each parent is half of who a child is. You seem

to be working to shield your kids from the turmoil in your home, but the bio-dad seems to have too much anger to realize the damage he’s doing. By allowing them to be a witness to the internal battle, he allows them suffer along with the adults.

Unfortunately you have very little control over how their father handles things on his end. You’ve said that you don’t have good communication with him, so talking with him about the big picture might not work. Just the same –for the sake of the kids—you gave to try. It’s time to start playing smart. Start by setting aside as much emotion as you can. In many cases our love for the children makes us do foolish things that can endanger them. He may think he’s doing the best he can to protect his kids from you. The way he’s reacting may be driven by his belief that you’re a danger to them. When you become emotional you help him validate his bad feelings about you. Letting go of the emotion is an important first step in talking with him. 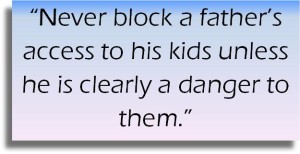 you’re worried about the kids and want to meet to talk about them. If he presses for details just say you see the bad effects the fighting is having on them and want to see if you can work out a better way for everyone to work together. Always keep the message about the kid’s well-being and don’t allow yourself to become emotional. If it helps, work out before you call him and before you meet him. This will help you burn off stress and be in a more casual mind set when you talk. If he cares about the kids he’ll probably meet. That’s a very good sign.

Try to meet somewhere public, like a coffee shop. It’s embarrassing when we yell in public, so a coffee shop should help you all keep on your best behavior. When you meet start by reassuring him that you understand he’s the kid’s dad and that you don’t want to replace him. You are there for the kids and to help their mom. This should help him relax a bit and open up. Let him know you’d like to find a win-win situation that allows you to all work together without the kids having to suffer. Ask if he has any suggestions. Avoid finger pointing. It defeats your goals. If he starts to blame or finger point, steer the conversation back to the kids. “Let’s not argue about who’s at fault. Let’s find a way to help the kids.” Talk as long as you can about it. If you see emotions start to run high thank him for meeting. Let him know his kids matter a lot to him and it’s an emotional subject. Ask him if you can both take some time to think of ways you can work together then meet again. If possible, agree to a time date and location before you go.

You can find some great tips about talking with the bio-dad in this video.

If the ex is a reasonable guy, you can work to improve your working relationship with him… but it’s not always 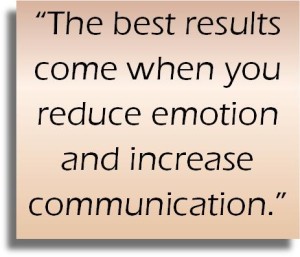 that simple. If you’ve already have a bad communication pattern with him it will take a lot of work and a bit of diplomacy to fix the situation. In a good situation you can develop a business-like relationship with him. Unfortunately personalities play a big role. Some people aren’t open to talking. If you have the right personalities involved you can develop a working relationship that puts the kids’ best interest out front. If you aren’t able to diminish the animosity between the parent groups the kids will suffer.

You expressed concern about the children’s safety at their father’s home. Consider this as un-emotionally as possible. Do you really feel that way, or is it a concern that grew from the issues you and your wife are having 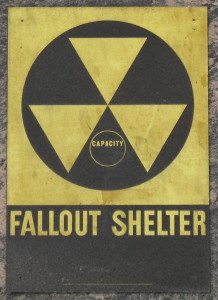 with him? As a parent, our first responsibility is to the safety of our kids. Consider that above all other things. When children are in danger there’s nothing more important. If you truly feel they are in danger you must protect them. Never block a father’s access to his kids unless he is clearly a danger to them. You should only fight to block a father’s access to his kids when there are no other options to protect the kids from genuine danger. Like a bomb, this option has a powerful and most dramatic impact on everyone close to the event.

The benefit of fighting to remove him from their lives has to be justified. If you simply don’t like him –but he’s not an abusive man then it’s not justified. If he’s not a dangerous guy you probably won’t get a court order against him. You will have wasted time, wasted money and put the kids through a lot of turmoil. Blocking a father’s access will guarantee an increase in the turmoil. He will react strongly. Expect the potential of a very heavy-handed battle for power. The kids will be stuck in the middle and will suffer for it. The best results come when you reduce emotion and increase communication. The kids will benefit greatly from the reduction in turmoil and your odds of divorce will drop as the fighting subsides.