The Magic Formula for Family Bonding

How do you handle and deal with a spouse that you feel makes differences with his children and yours that he makes it obvious? How do you not allow it to hurt your feelings when he doesn’t treat all the children the same and seems to always be on your kids case about something, cause I’m starting to get the feeling he really doesn’t like my kids even though he says he does but his words and actions speak differently and I can feel underline feeling from him of jealousy! Thank you. -Serena

“If you fail to plan, you’re planning to fail.” – Benjamin Franklin (attributed) 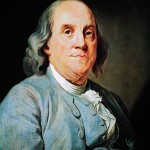 Couples usually don’t take the time needed to lay out a roadmap for success. Most blended families do fail to plan. Because of that about 3/4 of them fail. Parent-child bonding in a new family can (and usually does) take years. Because of the challenges caused by hurt feeling and lack of communication, many couples break up before they can truly become a family. But it doesn’t have to be that way.

Did you know the highest divorce rates for moms who remarry are from families where the husband and wife both bring kids into the marriage? These families struggle with the same issues you’re struggling with.

So what’s the problem?

It’s challenging to get two family groups to bond because each of the groups has an established pace, rules and expectations. They are established as a family and have an existing rapport. Naturally, parents create a bond with their kids and a routine develops. There’s an evolution in the way family members relate to each other. Each family has “inside” jokes, shared memories and a shared history. When two families come together it takes time to build that same kind of rapport. Because of this, it’s easy to misunderstand the way a step-parent relates to his child. Established rapport can easily be misinterpreted as favoritism. Usually it’s nothing more than just the comfort level a parent has with his child. 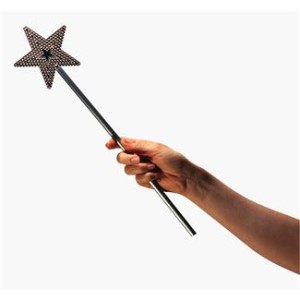 The best way to overcome the natural adjustment period is to address the issues that are causing concern. Communication is vital at this point in your family’s development. As mom and dad, it’s your job to give the effort needed to make it work. Here’s the magic formula:

Lay out a plan. Any reasonable person going on a long journey will take some time to plan. When people marry they are starting a long journey together. They probably talk about where they want to get to as a family, but most neglect to map out a way to get there. That’s like driving with your headlight off at night and expecting things to go smoothly.

Of the couples who do plan, most don’t do more than basic planning. The end result is many couples get lost along the way on their journey as a family. It’s important to talk about the role you expect each other to play with the other spouse’s kids. It’s not as hard as you might think. You can find specify example of how to start moving in the right direction in this article. Follow steps 1-3, giving special attention to the details in step 2.

This is equally as important as communication. In traditional (biological) families, two people get together and have kids. The members bond as the family grows. It’s natural and usually seamless. In a blended family there’s some work to do. You’re brining two groups together with separate identities. You can’t expect “Team A” and “Team B” to immediately forget their past and instantly become “Team C”. It takes time, but the formula is simple (and fun!).

Start spending time as a family. You don’t have to do anything wild or extravagant, just start creating traditions. This is so important we’ve started putting a video series together to help families bond.

Here’s a video from our Recipes for Family Bonding series to get you started.

You can find more videos here.

Doing things as a family each week helps you develop shared memories. Watch TV, go to church, ride bikes, have a day at the beach. Huddle with your husband and think of things each of the family groups like so you can come up with new ideas. Maybe one of the things his kids like is camping. Try it as a group. Maybe your family enjoys airshows – go as a family next time. The important time is to do things together, not separately.

Make sure to start celebrating together also. Celebrations are big memories for kids. They should be done as a family. Birthdays, holidays and family achievements should all be celebrated as a group. If someone wins an award at school or gets good grades make a point of celebrating that achievement. Fight the impulse to feel one kid is being left out if another has something to celebrate. The important thing is you’re celebrating as a family to help your group bond.

Have fun with it. One family I spoke to, jokingly combined their last names to create a team mentality. Instead of being the Hendersons 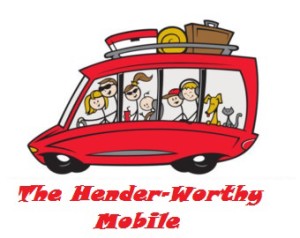 Bonding as a family usually takes three years or more, so be patient. If you follow the guidelines I’ve provided you’ll be well on your way and should be able to cut that time in half. What’s most important is to stay consistent, have fun and keep working as a team. On day you’ll wake up and realize you’re a family and you won’t even remember the moment it happened.