She Wants a Dangerous Father in the Boy’s Life – What Can I do?

Mr. Wheeler, I deeply need your help. I am currently with a german citizen whose ex (never married) Is a confirmed sociopath, and very dangerous. However, the mother wants him to be in the child’s life (6 months old) due to past bonding issues with her father who was also split from her mother. She feels it’s important for the child to bond with him. However I am not comfortable with this and I fear for the child’s safety. I fear emotional trauma and because the fact that mental instabilities are genetic I don’t want the child suffering from this either. However the mother is firm in wanting him to be there. My instinct tells me it’s for him to gain favor with the mother because he had her wrapped around his finger before. Any advice for me sir? -akthemoor

Thanks for reaching out. I received your earlier question and have been working on a response. The issue is a difficult one, so there are no simple answers. I’m a big advocate of fathers (and Stepdads) having bonding time with their kids -but I always err on the side of caution when a child is in danger. A biological parent has complete legal rights (in the US & Canada) unless their rights are stripped by the courts. This is usually only done if they have a violent history or have recently made threats. Being a perceived threat unfortunately isn’t enough. From what you tell me it wouldn’t matter anyway because she’s intent on allowing the father access.

From what you say, she plans to allow the father unrestricted access to the child. You seem to be more 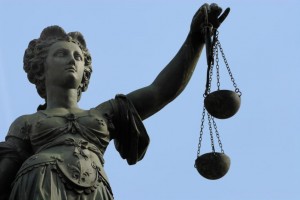 concerned about the boy’s safety than she is. That’s unfortunate because you have no legal position with the child. There’s little or nothing you can do to prevent the father from seeing the boy if she decides to let him. Her behavior goes against the maternal nature to protect the child, so I have to wonder if she still has an emotional attachment to the father. There’s no way to know for sure except to wait and see what happens.

In a perfect world -where emotion wasn’t a factor- the easiest thing to do would be to end the relationship. All you can do is try to find a compromise with her: Maybe she only allows him to have supervised visitation…? Still that doesn’t fix the big issue you’ve identified: She still has feelings for the father.

There’s a dangerous imbalance in your relationship. You’re completely committed to her and the child, but she doesn’t seem to feel the same. She also doesn’t seem to want you to play a parent role. That begs the question: What does she want you there for? Many single moms will panic when they find they are alone with a child and they’ll reach out for help. Sometimes a good man will step in, but are left frustrated because the mother’s intentions aren’t the same as the man’s. You could simply be convenient to her. Consider if she is gaining more form the relationship that you. She may be less interested in you –and more interested in what you have to offer… but she wants it on her terms.

Relationships are hard work when a couple is on the same page… They are nearly impossible when there’s no agreement on the big issues. I know you’re struggling to make this work. I fear it may be a lost cause. There are a lot of great men like you, willing (and eager) to raise a child they didn’t make. Sadly there are many mothers who don’t appreciate and value the sacrifice you’re willing to make. This is one of the reasons the divorce rate is so high for Stepdads. I wish I had better news for you.