Should I Keep My promise to the Bio-Dad?

When I first got with my wife her ex was worried that I was going to steal his son away from him. Being the man that I am, and having two brothers that had both step-dads and step-moms (both my father and their mother remarried) I know what it’s like for kids to know their real parents. So I made him a promise that I would never steal his kid from him. I mean that as I don’t plan on legally adopting him and changing his name. I promised that he would always know his father and I would make sure that he loved his father. Now here’s my problem, his father pays no child support. Everything comes from me: All of the food on the table, the clothes on his back, everything. His father won’t acknowledge that, say thank you –nothing. He constantly puts me down, my wife stops him and defends me, but he still does it. I don’t know what he tells his son when he stays with him, which if it weren’t for me driving three hours to bring him his kid, then he wouldn’t get to see his son. I also buy food for the both of them while he stays there. I guess what I’m asking is what should I do? Should I be a man of my word and make sure my son knows who his “real” father is? Or should I let my son know who his father really is?  ALEX

Thanks for reaching out. You’ll find that the replies on Stepdadding.com always lean in the best 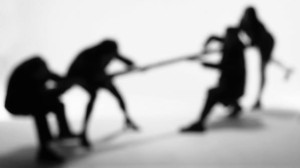 interest of the kids. Ultimately the advice and information we share is intended to advocate for the child. Unfortunately, the blended family statistics show that the kids usually end up being used as the rope in an emotional tug-of-war between the adults. When feelings start being hurt emotions start to replace reason –and the kid’s suffer. With interactions with the bio dad, it’s important to make smart moves to assure the kids win in the end. So far you’ve done that. You’re doing it again by asking advice about the best course of action.

Even if you didn’t realize it at the time, you were looking out for your boy’s best interest when you told his father you wouldn’t stand between him and his kid. It was admirable. You did the right thing. Most Stepdads (and stepmoms) don’t take the time to talk to the spouse’s ex. Bio’s are naturally concerned when their ex remarries. You probably don’t realize it but your actions surely reduced the level of anxiety the boy’s father had about the situation. You helped him relax and feel less concern about your intentions. He didn’t feel the need to build an emotional wall between the boy and you. This one conversation has helped pave the way for you to bond your boy.

It’s not uncommon for bio-dads to have a high level of fear over the Stepdad’s role in their kid’s lives. Many react by doing and saying things to alienate the child against the Stepdad or the mother. It’s unclear when it began, but it sounds like the father may have started to turn against you. This is a concern, but it’s not a reason to change course. Your boy needs as many good role models as possible. You’re clearly a good one. You made a promise and it’s important to keep it. This is important, even if your boy doesn’t know about the promise.

At some point there was a shift in the father’s thinking. You may know what triggered this, or you may not. The reason why is less important than the fact that it’s there. You mentioned that he puts you down. Hopefully he doesn’t do that in front of the boy also. It’s easy at this point to allow yourself to circle the wagons and to develop an “us against him” mentality. Don’t do it! This can’t become personal. It has to be about the boy. Make sure to develop the attitude that everything you do is about your kid. If you use that as a yard stick you can’t go wrong.

There seems to be bad feelings growing on both sides. This is dangerous ground.

Most blended families find themselves walking through the same minefield at some point. You need to be strategic and step carefully. Kids naturally love their bio-dads. They don’t care about who pays the bills or which parent is looking out for their best interest. They don’t even care if their father is an addict or in prison. Little kids instinctively want to be close to their dads. If you make a young kid choose between a good step and a bad bio, the Stepdad will be at an instant disadvantage. Never allow your kids to know how you feel about his father. He will be hurt and feel forced to defend him. The father is also in a unique position to do damage to your relationship with the boy. If a child’s father says the Stepdad is a bad guy, the child’s much less likely to defend the Stepdad –and more likely to believe it.

It’s time to get strategic. Take time to talk to the bio dad again. Look for an opportunity when the boy isn’t around. Maybe grab a beer with him. Start by letting him know you’re worried about the boy (again, keeping the kid at the center of what you’re doing). This will get his attention; He’s got his son in mind also. Tell him you need his help. He’ll appreciate that you respect him enough to ask for his help. Tell him you’re worried about the boy –that you’d like the adults to get along better for the boy. Remind him again that you haven’t tried to come between him and his son and have even gone out of your way so they can spend time together. You love the boy like your own but haven’t tried to adopt him because you respect the relationship they have together. Let him know the boy’s happiness is important to you and the better the grown-ups work together the better his childhood will be. If he’s reasonable and has his son’s best interests in mind he should understand where you’re coming from.

In the worst case, if you can’t find common ground and he feels the need to undermine you with the 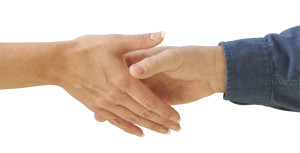 boy –stay the course. You made a promise so keep it. Going to battle with the father will create an unhappy situation for your boy. He will feel caught in the middle and may feel like it’s his fault. There’s only one instance where it’s justified to push a bio-dad out of the picture –when he’s creating a danger for the child. Again –it’s all about what’s in the best interest of the child. Remember, it’s not a contest. Focus on raising a smart young man. Someday he’ll understand and appreciate the important life lessons he learned from you. Be there for him now and do the best job you can. Someday (maybe years from now) he’ll let you know how you did.