Is it Disrespectful to Not Call Him My Stepdad?

Dear Stepdad,
Forty years ago my mother was married to her second husband thus the Stepfather. I need to add he is a very nice man. My mother suddenly dies and I go to live with my natural father. My step father remarried very quickly after my mother’s death to a woman with two young children. Over the yrs. we exchanged cards and remained on good terms, but I no longer referred to him has my Stepdad instead I referred to him fondly as the man my mother was married to at the time of her death. My husband insists that he is still my Stepdad and speaks about him as such. I feel uncomfortable when he does this. Am I wrong in my assessment of the situation? I am now 53 do I need or should I call him my Stepdad ? – Minda

It’s not at all disrespectful to refer to him as the man your mother was married to. It’s clear you don’t have bad feelings towards him, so it’s clear you’re not being unkind. The title Stepdad actually has no position in 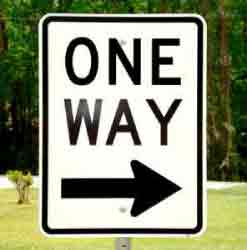 legal terminology. It’s really just a word we use for convenience- as your husband does. It’s a shortcut we use instead of saying “my mother’s husband.” Beyond that it’s a word we use to explain a connection –sometimes an emotional connection- to another person. Your mother passed away before you developed that emotional bond with him. That’s probably why it feels forced when you try to refer to him as your Stepdad. It’s clear you’re not withholding the title out of disrespect – as some people do.

Since it’s a convenient term people will often use it to describe someone else’s relationship -as your husband does. There’s also nothing wrong with that. He’s probably as uncomfortable calling him ‘the man who was married to your mother’ as you are when you call him Stepdad. It sounds like you are both concerned about being respectful and you are both handling it your own way. That’s okay. We all walk the same road a little differently but that doesn’t mean one way is wrong. Don’t try to change each other.

Your situation is different than most. It sounds like you were about thirteen when you lost your mother. That’s a tough age for a child to lose a parent. One day she was gone and your whole world changed. 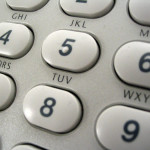 You hadn’t bonded yet with the man she married, then you went to live with your father. In a situation like that it is natural that you would look to the people you’re closest to for comfort. Your father was there for you. It was surely a hard time for all of you.

Don’t torment yourself for not seeing him as your Stepdad. It’s not disrespectful to him or to the memory of your mother. If you still have doubts, give him a call and share your concerns with him. He’ll probably be touched that you’ve put this much thought into it.