I’m Marrying a Single Mom -Will it Get Easier?

I’m thinking of becoming a step dad to a 2 and half year old. I’ve been 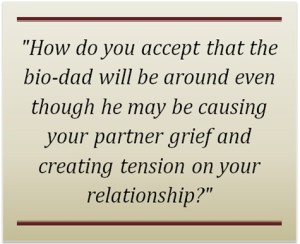 dating his mother since he was one. I’m researching and can relate to some of the thoughts posted about potential emotional hard times where step dad needs to shore up and be mature. I also believe that there are many potential good times. My partner advises me that since her son has known me since his early days I will have no problem. I have been guilty of naiveté at times but I’d have to be a fool to believe this. I see her tumultuous relationship with the bio-dad whom she never married but is in a strained parenting partnership with. I keep thinking after a while the bio-dad won’t be part of my life anymore but have come to realize this is foolish thinking. I’m trying to be realistic and put myself aside for the child.  I want to know if it gets easier as time passes and relationships grow to accept the step dad role. How do you accept that the bio-dad will be around even though he may be causing your partner grief and creating tension on your relationship? –Colin

Thanks for reaching out. Before you marry be sure you understand that single moms have a vested interest in finding full time fathers for their kids. Guys naturally have concerns about such a commitment, so it’s normal for single moms to try to relieve those fears. That’s not to say they’re lying. They are hopeful for the best and they often project that hopefulness. You are what she’s resting her hopes on. She feels you can be the kind of father she wants her son to have. It’s a compliment. 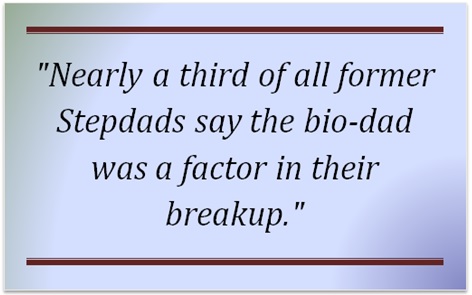 There’s nothing wrong with her trying to reassure you but there’s nothing easy about being a parent. Personalities are involved and you’ll have to find a way to work with her ex. There’s no way to predict how things will go. More than a quarter of Stepdads say they were surprised by the problems they had with the biological father. Nearly a third of all former Stepdads say the bio-dad was a factor in their breakup. Be sure to go into the marriage with your eyes wide open and you won’t be another dad who says he was surprised.

Her Son Already Knows You

This is a positive thing –especially since he’s young. You’ll be able to bond faster and be in a position to set parenting standards you and your wife can agree on. But it doesn’t guarantee you won’t have problems with her ex. You have control over how you handle yourself with the boy –that’s good. Unfortunately, you can be a great father figure and still struggle with the child as he gets older. This is because you have little control over what the bio-dad says to him when you’re not around. Since your partner’s relationship with him is already strained, you can expect an uphill battle getting him to see you as anything except the enemy. The only way you can affect the ex’s behavior is to create a working relationship with him. Watch this video for more information and tips about the bio-dad.

It Doesn’t Get Easier

If you’re hoping for “easy” –you might not be ready to be a parent.

Even biological parenting doesn’t get easier. There are hard times to come, but they’re not all based on being a “step.” Kids 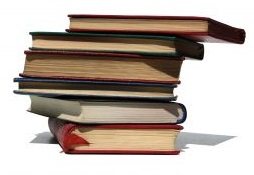 grow and change. They challenge their parents and puberty is a wild ride. Parents have to work constantly to adjust as kid’s behaviors and attitudes evolve. It’s good to do plenty of reading to understand why kids act the way they do and how to have a positive effect on them. You almost have to become an amateur psychologist to understand their moods when they’re teens. It’s a 24 hour a day job until the kids move out. Even then you still have an interest in their success –and want to guide them. My oldest daughter has been on her own for almost two years and is about to turn 21. I’m still looking out for her and guiding her as she grows. When you’re a parent -you’re a parent for life. 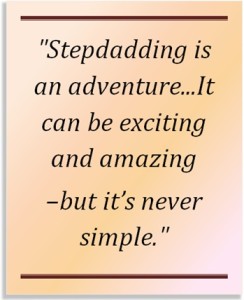 from him when he’s unkind. You care about her, so you’ll naturally want to defend her. This is tough, because in his mind you’re an outsider. If they’re like most couple who split up the arguments are probably about the child and money. These are emotional topics. Expect some push-back from him if you try to join the conversation. If they’re already at odds it could get worse if you get married.

As humans we only have animals to compare ourselves to, so it’s easy to feel we’re highly evolved. The truth is we still fight against our territorial instincts. He’ll feel threatened when you become a father figure to his child. He may also have left over feelings for his ex. Now you’re officially taking his place in both roles; parent and spouse. He may be a reasonable guy and handle it okay. You might be able to make a working relationship with him. But it’s important to understand it doesn’t always work out that way.

If you marry her, be prepared to settle in for a long haul with her ex. Be ready in case he tries to drive an emotional wedge between you and the boy. Understand that you may need to deal with him well past the time the boy’s an adult. As long as you’re married to your wife, you’re married to her situation. There are no guarantees it will get better. All you can count on is your ability to try to build a bridge and try to make it work with her ex.

It’s Not All Bad News

Here’s a great example of the connection one daughter had with her Stepdad.

I had a step-father but I never saw, viewed or called him “step dad”, he was my dad. I didn’t have a relationship with my

father he wasn’t part of my life after about the age of 8.  I always heard the saying “anyone can be a father but it takes someone special to be a dad” Well it is true I had both. My dad is no longer with me but watching over me now. I can still remember making it impossible for him to read his paper at night as I picked on him. Or the cold buckets of ice water over the shower door while he was taking a shower after work. We had our own banter and shared many tears of laughter over it. So as I watch my girls banter with their step dad in their own special way I know where it is coming from not from hate but from love. It is their way of expressing love without feeling like they are doing their own father wrong.  Eventually though they will learn -just as I did- love only grows, and the love we feel is different and distinct for each person in our lives. – Melissa, Washington State

Don’t take on the challenge unless you’re taking it on for life. Too many people see marriage as a disposable thing. We try it on like a shirt and when it no longer fits we get rid of it. When there’s a child involved we have to make it fit. Kids don’t have a say in who their mom marries, so guys need to take the Stepdad role seriously. Adults will recover from a break up but kids will bond with you in a way a spouse doesn’t. When you leave they can be crushed by the loss. 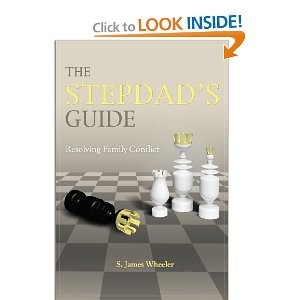 Remember -you’re not just becoming a husband. You’re becoming a father! There’s nothing small about that. You probably understand now you’ll need to prepare if you want to succeed. You’ll also need a wife that’s willing to work to help you establish your role in the family. I realize all this information can feel overwhelming. Being a Stepdad takes a lot of work. You can’t learn everything you need to know by reading one article.

I like the fact that you’re doing your homework. If more guys did, less guys would be divorced! You’re about to start a journey. Like any journey -having the right roadmap will help you get there with a minimal amount of bumps. I’d like to help you and your  fiancé work together as a team, so I want to send you a copy of The Stepdad’s Guide – Resolving Family Conflict as a wedding present. It will better explain the most common challenges and how to avoid them. It will also give you tools to lay a foundation for success.

Stepdadding is an adventure. It carries an array of emotion. It can be exciting and amazing –but it’s never simple. With a little work you can adopt the right Dad-itude.