How Long Until New Stepdad Settles In?

I’ve been reading your site and there’s some great information, but I’m struggling. He’s been living with us for a year now, and it’s still imperfect. He still feels like this isn’t his family.
My kids are 7 and 9 and they adore him, but often it seems like the only thing we routinely do together is eat dinner. I kind of feel like by now he would know what things need to be done and when and be able to take a role in getting the kids to bed, or reviewing their homework or telling them to pick up their toys.
Is it still too soon?
I don’t want to push too much parenting on him, but… I feel at a loss. They are with us 5 days a week. Thanks! KM

Thanks for reaching out. We love getting emails for moms. Stepdadding.com was created to help people struggling with the blended family experience. We understand that experience includes more than just Stepdads: It’s about finding a way to make the entire family function as a team. Moms are a vital part of that effort. Overcoming this challenge isn’t as hard as you might think. There are simple steps outlined in the The Stepdad’s Guide – Resolving Family Conflict. Many guys want to fix what’s broken using the tools 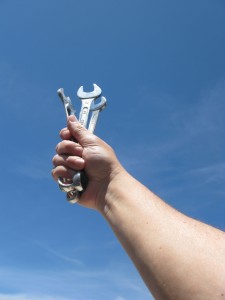 available to them. What most people don’t realize is there are much better tools available. I want to provide a few for you today. Part of the toolbox includes a better understanding of what needs to be worked on. Let’s start by looking at your situation.

There is no “perfect”

You mentioned perfection, so I think that’s a good jumping-off point. In life (and in marriage) perfection is not an option. All we can do is the best we can and hope for good results. There are variable in relationships that we have little (or no) control over. Personalities are the ultimate variable in relationships. We all know they’re there, but can’t control anyone’s personality except our own. In short; it’s okay to expect an honest effort but don’t expect perfection in your relationship, or from your kid’s stepdad. You will be disappointed.

Does “living with” mean “married”?

Your household dynamic can have more of an effect on your situation than you realize.  You mentioned that he’s been living with you for over a year, but you didn’t mention marriage. It’ important to address this because it matters more than you might realize. The differences between being married and living together are significant.  Marriage embodies an emotional commitment. Emotions translate to attitudes and attitude effect our actions. The statistics consistently prove there’s a higher emotional commitment in marriage than in living together.

People who live together are likely to split up faster than those who are married.

People who live together before marriage have a higher divorce rate than those who don’t.

The subtle difference in the emotional level of commitment creates a noticeable difference in the family dynamic. In the case of blended families it makes a difference in the way a Stepdad sees himself and the way he views his role in the family. If he doesn’t see himself as a father figure then he’s less likely to act like one. When a Stepdad isn’t playing the role his wife expected him to, it’s usually because they didn’t take the time to talk about what the expectations were. A man will play the role he thinks his wife wants him to play. If there was not talk about it then he’s really operating on an assumption. If his assumption is wrong then it doesn’t matter how well he’s playing the role, he’s still not going to get it right.

Talk about the role you see him in 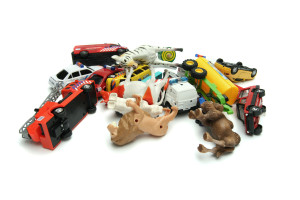 in getting the kids to bed, or reviewing their homework or telling them to pick up their toys.”  Don’t make an assumption about what he thinks his job is, if you haven’t spoken about it yet. Has he agreed to help with the homework and getting the kids to bed? Make sure you’re both on the same page. You may see him in a different role than he sees himself in, so stop and talk about it.

Is he supposed to play the role of “dad” or “Stepdad”? Maybe he sees his role as a fun uncle figure or big brother. Unless you talk about it you can’t be sure you both have the same expectations. Even more important –define what that role means to each of you. We all have different experiences growing up, so we each develop our own view of how a dad is supposed to be, so talk about that. It seems like a small thing, but little things can create a big ripple effect in a relationship. What if his expectation of how to raise kids is different than yours?  If you don’t both agree to the standards then there will be problems later.

It’s vital to have agreement on these things. Each of us has our own parenting style. Try to find common ground in the way you’ll parent the kids. Mom’s feel an amazing connection to their children and can be instinctively defensive of them. This can affect a Stepdad’s ability to be an authority in his home. Many men complain their wives don’t allow them to bring their own style to raising the kids. They report feeling like their wives have a sense of out-ranking them. Some men feel a sense of limited authority in their homes.  Read more on the importance of talking about roles here.

A year is a short time

Many child and family psychologists report that it can take three or more years for a family to bond and become a unit. Bonding is vital to blended family success. Your question shows that you already seem to understand the importance of this. It’s good that you’re concerned about the time you all spend as a family. To give yourselves the best chance of success as a family you need to feel like a team. Creating shared memories has been shown to be the best way to create that bond.

Example of the value of bonding:

Corporations have retreats for their management teams to develop a goal-focused, group mindset

There is a strong psychological element to bonding. The one thing these groups have in common is the desire to succeed as a team. Families are no different from sports teams, military units or corporate management teams. A consistent effort to create shared memories and common goals will help you become a better and stronger family unit.

Bonding is the most vital part of making a blended family work. Consider a traditional family where you have two biological 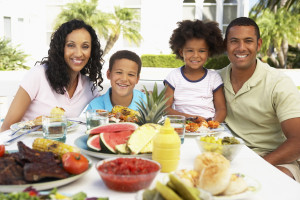 parent and their kids. These families share experiences and the kids instinctively bond with their parents. Children view the world through consistencies. To most kids, their world is what is normal, because it’s the way life has always been. This is especially strong in traditional families because there’s generally a higher level of consistency. What a kid sees as “normal” is created by things like family traditions, the way holidays are spend and what the rules are in the home. No two families are the same. Sometimes the differences are very subtle, but when a new person joins a family, things are sure to change.  With change, the kids will feel like “normal” is being challenged.

You mentioned that he doesn’t feel this is his family. Bonding activities can change the way he feels. This begins by create new shared memories and traditions together. These new traditions shouldn’t replace traditions the children already have. Doing activities together as a family unit will help the kids and the Stepdad become closer. This isn’t as complicated as you might thing. It simply involves making new memories. You can see ideas and suggestions in this video. Ultimately it all comes down to communication. Take the time to plan together. Make your family into a wonderful project you’re working on together.

Stepdads have a tough time. With a little effort and good communication, what could have been a challenging journey can become a wonderful adventure.