How Close Should She Be With Her Ex?

I’m currently in a relationship with a single mom and the father wants to take pictures with her and the child? And I don’t know how to feel about this? Is this an alarm, or should I worry? It’s just kind of odd to me ! Thanks and looking forward to hearing from you.  -James

One of the challenges of being an added parent is deciding what’s normal and acceptable. This road runs two directions; what’s normal behavior for you, and what’s normal for the spouse or kids to do. For example, a Stepdad might wonder if it’s normal or acceptable for him to have a say in the way the kids are raised. He may also wonder what’s an acceptable amount of contact for his wife (or girlfriend in your case) to have with her ex. There’s a simple answer, but it doesn’t make it easy. 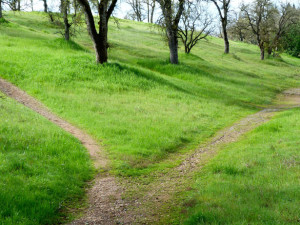 The numbers don’t lie. When two divorced parents work together their children do better. It’s in the best interest of children for parents not to argue or fight. When ex-es get along well enough to take “family” pictures together it is a good sign they’ve sat aside their differences and are making it work for the sake of the kids. Don’t fight it.

Kids need a stable two-parent home. In the event of a divorce the next best thing is usually two parents who work together to raise the kids as a parenting team, even though they aren’t a couple. A loving Stepdad can also be a great influence in a child’s life, but not if he doesn’t work well with the father. When there’s friction between the Stepdad and father the kids usually pay the price. If they are working together they’re doing better than most. Don’t get in the way of it. Supporting the situation will earn you his respect and her appreciation.

The sad reality is this: You’re not the father. You are currently not even a Stepdad. Stepdads have very little say in regards to the way the kids are raised, or no legal standing on decisions about their well-being. As a boyfriend you have no say at all. If her interactions with her ex are bothering you now don’t expect it to get easier.

Before you become a Stepdad do your homework.

1) Talk with her about what your role will be in the kids’ lives.

2) Be sure to develop a working relationship with their dad.

3) Develop agreements about how you and your wife will work together.

If you skip any of these steps you’ll struggle and most likely join the more than 70% of Stepdads who fail.

Your question may indicate that you struggle with jealousy, but it’s hard to say for sure. If you’re the jealous type you probably know it. Be honest and ask yourself if you’re a jealous guy. If the answer is yes don’t become a Stepdad

. Jealous men don’t do well as Stepdads -especially in families where the mother and biological father work well together. You’ll be suspicious of their intentions even if there’s nothing going on. It will make you miserable and make you work against the best interest of the kids.

If you chose to move forward and marry her you can improve your odds by using the recommendations in The Stepdad’s Guide. This book will help you prepare for success as a stepdad and avoid turmoil in your relationship and family. The best Stepdads are those who completely commit to being a parent first. Being a parent is tough. It’s even harder when you’ve never been one and join a family already in progress. It’s like anything else you want to be good at; it takes work. Be ready to work for it. Start studying now.