Hi, I am not a real Stepdad yet. I am still dating a single mom, and she is a mother of a 10 year old boy. I got along with him very well since the beginning. He is a lovely child and very soon started putting me in a role that I would not expect. He got upset if I did not sleep at his house, or asked me to do things for him only his mother did. I thought I would have no problems bonding with him.

His father is deceased and he did not show any problems of letting me in into his life until now. He came back from a travel where he spent a whole month with his father’s mom and now he is confused about what he is feeling. He acknowledged he likes me very much and that I like him back but now feels guilty for liking me and feels like he’s leaving his father behind. That made him withdrawn and aloof. He does not want me to hug him or have any kind of closeness anymore. What can I do in this situation? – Neudson

Before we begin I need to make a vital point. I advise against bonding with a child before you’re engaged to his mother. In the event that the relationship ends the child can be hurt by the loss of a parent figure. This is especially true in your situation, where the child has already lost one 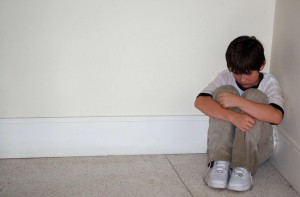 parent figure. The advice I share below is based on the assumption that you are engaged and have made a long-term commitment to be in the child’s life.

It’s obvious the boy is dealing with a lot. Talk to your fiancé about getting him into counseling. A good family therapist will help him deal with the frustration and anger of his loss. That will allow him to relax and worry less about bonding with you.

He lost his dad. Visiting with his grandparents was a big reminder of that. Withdrawal isn’t unusual after a kid visits his bio dad, so it’s reasonable that he’d have the same reaction after visiting the memory of his father. He’s conflicted. That’s okay. You can do a lot to help him get past it and help him bond with you.

If you’re marrying his mother take the time to reach out to his father’s parents. Help them understand you love the boy and intend to be the best parent you can be. Most importantly, let them know you don’t intend to replace the boy’s father; that you’ll raise him like a son but will always honor his father’s memory. Reassure them that he’ll always be welcome to visit them. This will lay the groundwork for a great working relationship.

If you marry his mom your role will be that of a parent. After you’re married embrace the role. Call him your kid and call yourself his parent. 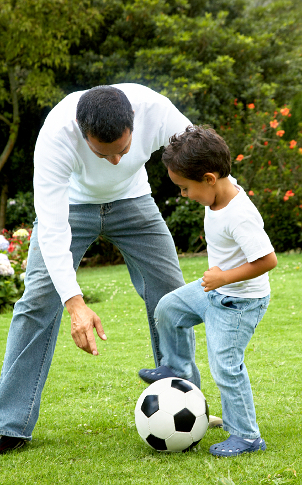 “I’m proud to be your parent.”

These kinds of sentences will let him know how you feel about him. Ten year olds aren’t usually as open to a new father figure. Losing his dad was hard. He was open to you because he wants a male figure in his life. Because of his age he may chose not to call you dad. Leave it open but don’t expect it. He’ll decide on his own. For now just be a parent figure. In time he’ll see he can count on you.

It’s important that your fiancé is working with you. He’ll open up easier with his mom’s encouragement. You can begin by letting him know you realize he’s dealing with a lot. Tell him what he’s going through it normal. Let him know you’re there if he needs to talk, or if he’d just like to kick the ball around the yard with you. Quality guy time is sometimes all we need to get over our emotions. Don’t take it personally. Just be the parent figure he needs and he’ll come around.