Father Abandoned Unborn Daughter, Wants Back in Her Life

When I found out I was pregnant the “bio father” told me to never contact him again (we weren’t married). I did just that. I married another man and my husband adopted my daughter who is now 4. He has been her father since she was 6 months. The biological father contacted me recently wanting to know about my daughter. He says he will not disrupt her life. We are positive our daughter will at some point realize my husband is not her biological father, as she looks nothing like him. My question is, do you think it’s a good idea to let the biological father in our daughter’s life? Maybe as a “family friend”? –Amber

I’m a strong advocate of a father’s rights. The one

thing that changes this standard is when the father presents a danger to the child. The decisions we make should always weigh what’s best for our kids. Children benefit from having parents who love them and care about them. There’s a lot of research showing loving parents (whether related or not) are one of the most important factors in the emotional development and well-being of a child. Children with turmoil in their lives are more likely to struggle. Letting this man in her life probably won’t be a positive change for her. He isn’t a good man. He’s a guy who walked away from his responsibility. You can’t know what motivated him to reach out about her, but you can be sure he’s not thinking about what’s best for her. If he cared about that he wouldn’t have left.

I posted your question on the Stepdadding Facebook page and the responses to it were consistently against the biological father. Here’s one.

I agree completely. Allowing your ex to have contact will be disruptive to your child’s life and to your marriage. A man who will abandon his parental responsibilities is selfish and irresponsible. If he agrees to play the “family friend” you can’t count on him to keep up the act. It’s just a matter of time until he shows his selfish side and asserts his position as her father. This could have a very negative effect on your relationship and family life. It’s not worth the risk.

There are legal issues to be aware of. If  your husband legally adopted your daughter in the US or Canada then your daughter was likely listed as being abandoned by her biological father. He may have no legal rights to see her. Talk to a lawyer about this to make sure. If there’s any way he might gain parental eights be sure to take steps to prevent this. He abandoned her six years ago, so you may be able to block him from seeing her.

Stepdads deal with a lot of stress. The emotional tug-of-war from 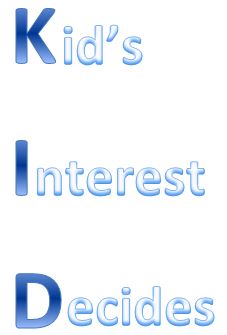 allowing the bio-father back could cause a lot of emotional stress. Sixty-one percent of Stepdads report feeling unappreciated and nearly 31% report struggles with the bio-father. Think hard before allowing this kind of turmoil into your marriage. Your husband raised this little girl since she was a baby. He’s daddy. He’s a part of the family and this should have a voice in this issue. Involve him in this decision.

This is an opportunity to start introducing the fact that your husband isn’t her biological father. If you’re sure she’ll figure it out it will be less emotional to her as a six year old than a 16 year old. If your daughter figures it out on her own she’ll likely feel like she’s been lied to. Little kids don’t care about biology. They care about the love of their parents. Talk about it now and save a lot of heart-ache later.

Your question can easily be answered by another question: “What’s in her best interest.” Allowing a man into her life who abandoned her isn’t.