Cranky Fiance Makes Mom Wonder: Can He Do it? 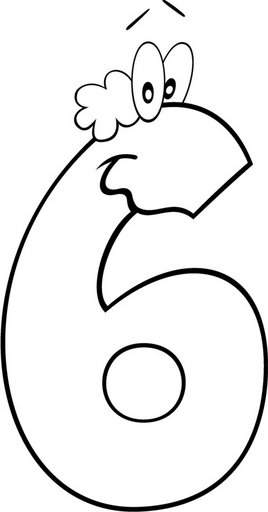 Taking on Six Kids Is Challenging

Hello I am NOT a step dad. I have always been a single mother of my six children. Two years ago I met a great man. We now are living in our new home in our new town and our kids are so happy. “Our kids” is typically the way I state things. As time’s gone by I still feel that I’m playing the part of the middleman. I try my best to keep my kids and my fiancé happy. I also do my best to help my kids treat him with respect and love. However kids are rough and my children have very little respect or trust in men. I understand the job is hard and I can only imagine it is harder for a non-biological parent. However my question is can he do it? I find at times he becomes irritated and respond sarcastically to the children in a way that he does not understand affects them. He 100% supports our family at the time and he loves the kids very much. However I also feel that as a parent (even a new one) you have to learn patience and take your time. I feel that he doesn’t try to be a real parent but a part time parent. Do I expect too much? – Lydia

I’m convinced your guy’s a good man with the best of intentions. The evidence?: He willingly took on six kids and the entire financial obligation that goes along with it. He’s made a huge commitment that requires him to drastically change his life. The only thing he can hope to gain from this commitment is your appreciation and the feeling he’s doing something honorable. These are great things to strive for! He desperately wants to be your hero and he thinks he’s failing.

You’re right to be concerned. All the signs indicate the marriage will struggle if things don’t change. It’s vital to communicated about expectations before marriage. It’s especially important when there are already kids. A survey of Stepdads and former Stepdads revealed the key pain points the average Stepdad faces, and the primary reasons these marriages fail. Understanding those factors can save you a great deal of struggle and help your kids see your husband as a parent.

Former Stepdads were asked to identify what some of the contributing factors were in the breakup. Here are the top responses:

These issues are already having an effect on your relationship. If you know what to look for you can see cracks forming in the dam. Here’s how the factors above are affecting your relationship: 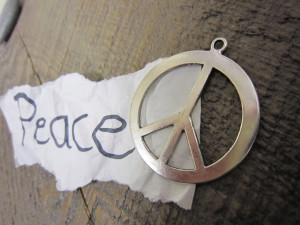 The fact that you feel you have to play peace-maker is evidence you don’t have a cohesive parenting plan. Your intentions are good but trying to make everyone happy is back-firing. There are two teams beginning to form in your home; Team Family, and Team Stepdad. He doesn’t have a say in how the house is run so he’s starting to feel like an outsider. He’s feeling isolated.

When you agree on the rules there is no divide between you. You’ll be able to parent the kids evenly and hold them to a set standard of behavior. The punishments are consistent and there’s no disagreement over what’s acceptable. It’s vital to agree to the rules and expectations and stick to them. You’re starting to feel a divide between you. He’s feeling it too. Defining his role will bridge that gap.

#2: Make Him a Full-Time Parent

Either he hasn’t been given a voice in how to raise the kids, or he feels he’s made suggestions that have been ignored. That leads to his grumpiness. You have the power to completely turn his attitude around. All he needs is your cooperation and your permission to be a parent. With that he’ll do the job well. As you pointed out, to be a good parent you have to learn patience and take your time. He’s completely new to this. He’s trying to learn at 100 miles an hour. Slow it down for him. Be his teacher. Be his partner in parenting. 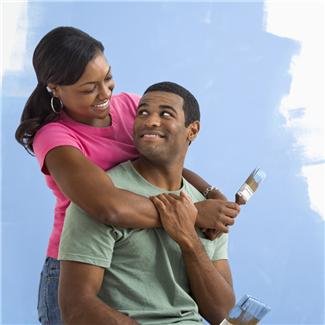 I know it may sound strange but good men run on appreciation. It’s a tremendous motivator. Something as simple as a compliment will be a huge boost for him. Good men want to make their woman happy. If we feel we’re failing to be what she wants or needs we begin to withdraw. That’s how he’s feeling. He’s having self-doubt. He supports the family 100% but his lack of voice in the family makes him feel overwhelmed and unappreciated.

Imagine if you were in his position: You become an instant parent to six kids, you support them completely, and your opinion about how your home should run doesn’t carry as much weight as your spouse’s. It’s a bit like being a stranger in your own home. Remember to compliment or thank him from time to time. You will see a difference in him.

Parenting isn’t simple. When you became a mom you had to learn a lot. At times it was overwhelming. Most of it you learned as you went. After each child you got better at all the things moms do so well. More than 80 percent of Stepdads have no previous experience with parenting. They bring no kids of their own into the marriage. It’s unrealistic to expect them to intuitively know how to parent.  It sets them up for failure and quickly leaves many Stepdads feeling overwhelmed.

The irritation and sarcasm he’s showing aren’t a problem, they’re a symptom. There’s something he’s not saying that’s eating at him from the inside. People can’t completely hide emotion. We may try to hide it but it makes its way to the surface. In his case it makes its way out in the form of snide remarks. He’s reacting this way because he feels he has no other way to change the situation.

So How Do You Fix It?

Talk about (and agree on) the role you expect him to play before you get married. Don’t just scratch the surface. Go deep! Make a list. Define specifics and write down the agreements you make. You can read more about defining his role in this article.

This is a life-long project. You’re raising a family together. It’s important that you work well as a team and have a mutual-agreement about the way you will parent together. Be ready to meet in the middle. Your parenting styles won’t be the same. Dads and moms parent differently. Gender is an issue but it’s not the only one.  Even traditional (biological) parents rarely agree on how they will parent. We each have our own style. If he’s a good man and you love, respect and trust him, then trust him to be a good dad.

You should be proud of yourself for reaching out for help before you said “I do”. Most couples wait until it’s too late to undo the problems. By acting early you’ve done your kids and your relationship a great justice.

Congratulations on your engagement. Send us a picture of the wedding!