I have a peculiar situation in that the bio-mom in our family is a compulsive liar who has only just recently been institutionalized.

I have been in my stepkid’s lives for four and a half years and have watched them become disappointed time and time again by their BM. I have never spoken ill of her to them. I have always given my shoulders, wiped away tears and been on the receiving end of misdirected anger and frustration. I have always, and will continue, to put my stepkid’s needs ahead of my own (it’s what mothers do). I am on the receiving end of glares from other parents at the school who do not fully understand the situation. I am judged harshly by her actions rather than on my own merits. I’ve been accused of breaking up her family (I did not). I’ve been spoken ill of by strangers… 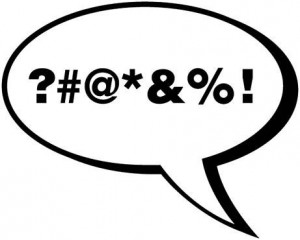 Basically, I have had enough! 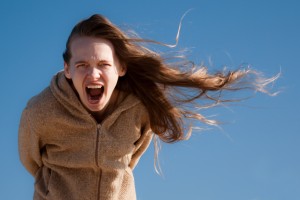 I want to scream from the top of every building, place advertisements in every print media available, send newsletters home to those parents who misjudge me….. I want to set the record straight and clear my name. I want to paint her in her true colours and reveal her to the world. I want to hate her openly and with vehemence.

In my heart-of-hearts, despite my rants, I know that I will achieve nothing by doing so. This levelheadedness, however, does nothing to cure my anger and hatred toward this woman who constantly hurts and disappoints her children. This anger is all consuming and is making me bitter and resentful.

How do I overcome this? Is it a normal stage / transition? Will it be with me forever?
-StepMommy

StepMommy,
I feel for you. When you’re dealing with an emotionally irrational person your options are very limited. If they aren’t vital to your life (like a co-worker, or acquaintance) you can simply limit your contact with them or cut it off completely. But this person is the parent to your kids –so it becomes more complicated. A step parent in this situation (and there are a lot of them) has three options:

1) Divorce and move on

2) Get down in the mud with the other bio-parent

Option one is frequently chosen. More blended family couples divorce than those that stay together. As many as 73% of these couples fail.
Option two is a no-win situation. Nothing good comes of it and there’s a high probability that the kids will be turned against the step parent by the irrational bio-parent.
If you have the strength of character, option three is the only real choice. This is the only option that takes the kid’s into consideration. As a good parent the kid’s best interest should be your long-term focus. Many steps will look at this situation as a fight they need to win. Don’t make that mistake! This is a marathon not a sprint. You have to pace yourself and choose your steps carefully to go the distance.

Keep a long-term goal in mind. The goal is the raise good, well-adjusted kids. Based on what you’ve said, you may be the only positive female role model the kids have. Kids will pattern their behavior after what they see. Their role models are usually the adults they are around the most. Be someone you’d want them to become. 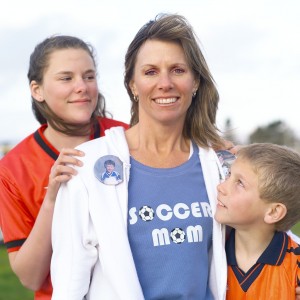 I know you are exhausted. It’s hard, I know –but you can do this. The most important step is to re-set your inner voice… you know, the one that thinks the things you sometimes allow yourself to say. Your internal voice should feel pity for the person, instead of contempt. When you hear yourself thinking what an evil person she is, remember the kids. She is slowly destroying the relationship she has with them, and their respect for her is eroding. In the end, the kids will see what a class act you’ve always been. It will have a positive impact on how they live their lives –especially if any of the kids are girls. They need a woman to look up to. I know this is hard, but the benefit to the kids is immeasurable. You are the woman they’ve grown to rely on. Good luck, and keep being the greatest ‘mom you can be. They’re lucky to have you.