Being left waiting at the church might be the least of your worries, ladies. 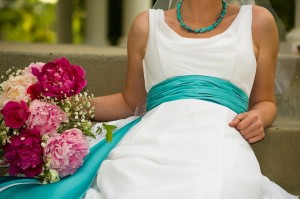 A recent survey shows there could be a bigger problem on the horizon. The results from 2013 Stepdadding.com survey of men surprised Stacey James Wheeler, who authored the study. “Theres’s a lot we know about the challenges Stepdads face.” says Wheeler. “The survey showed us a lot more to learn. In traditional couples wives are usually the ones who request a divorce. In blended families husbands are the ones who decide to leave.” In fact, the study showed that Stepdads are twice as likely to ask for a divorce -compared to biological fathers.

With a bombshell revelation like that the reasonable next question is ‘why.’ Wheeler think’s he knows the answer. “The study painted a picture of unhappy men who weren’t prepared for the stresses of becoming a father.” The majority of men in the survey reported they felt their role wasn’t defined. They said they didn’t understand what their wives wanted from them.” The detailed replies form the survey showed how unprepared many Stepdads are. One respondent said  “I thought I knew how to do it (be a step-dad) but I didn’t.” Many men seem to go in blindly and are shocked by the stresses of becoming an instant parent. It’s especially difficult if the man has no children of his own. It obvious that more communication would help.

Most of the Stepdads also said they felt unappreciated by their spouse and nearly a third said it was harder than they expected. About thirty percent also reported they had problems with the children’s biological father. “These were the same factors divorced Stepdads said led them to leave.” said Wheeler. “When wives know about these trigger issues they can clearly reduce their odds of divorce.” The respondents’ honest answers painted a new picture of the Stepdad situation around the world. Wheeler, who is a Family Dynamics Researcher believes allowing the men to answer the survey questions anonymously resulted in more honest results. He believes these answers can be used to help more couples avoid divorce. “These guys were painfully blunt in their responses. The anonymity allowed them to talk about how they really feel. Their answers give us new tools to help couples succeed.”

Are Ladies With Teens Out of Luck?

Another finding from the study is 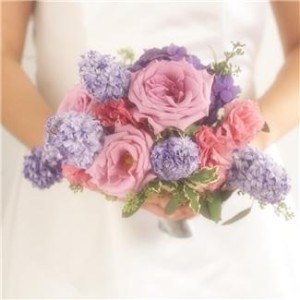 how kids’ ages factor into guy’s interest in marrying a single mom. “We found men are a bit more likely to marry a woman with younger kids-as opposed to teens” says Wheeler. “The most common age of kids at the time of marriage was between two and seven. Since couples usually date before marriage it’s safe to assume guys are more likely to date mom’s with kids aged one to six -and less attracted to mothers when their kids are older.” Does this mean ladies with teens are out of luck? Wheeler doesn’t think so. “The difference between the younger kids and those 16 and older wasn’t huge. In the end, love might be a bigger factor than the kid’s ages.”

The results are clear. Finding your kids’ future Stepdad is only half of the chore. Keeping him might be the harder part. But it can be done, Ladies! The take-away form the survey results is clear: Be sure to help your new husband succeed. Talk about his role and help him bond with the children. The more involved he is in being your partner in raising the kids, the better your odds of avoiding divorce.