From the Truth is Stranger Than Fiction file:

OKLAHOMA CITY — Brad Lee Davis (33) was charged with murder in the death of his Stepfather. 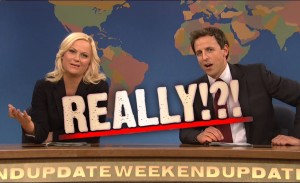 The death was the result of a family fight which culminated in Davis inflicting an “atomic wedgie” to 58-year old Denver St. Clair. A 33-year-old Oklahoma man  with killing his stepfather by giving him an “atomic wedgie” that caused the victim to suffocate on his own underwear.

The police affidavit said he “grabbed St. Clair’s underwear and gave him an ‘atomic wedgie.” Witnesses reports said “Davis pulled the waistband of St. Clair’s underwear over his head and around his neck.” A spokeswoman for the Oklahoma Medical Examiner said the cause of death was asphyxiation and blunt force trauma.

We’ve seen dozens of step son – kills stepfather stories over the years. Sadly, these happen far too frequently, but this is certainly the strangest story we’ve seen about violence against a step parent. It does make us wonder… will underpants be classified as a concealed weapon? The police report said alcohol was a factor.