SUSSEX, UK: 09/28/2012– The Stepadad of missing 15 year old Megan Stammers told reporters that it’s been an emotional roller- coaster for 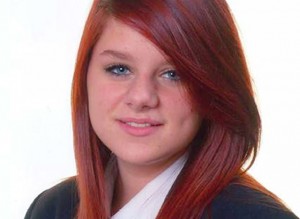 his family, as they’ve waited for information about the safety of his step-daughter, Megan. The teen failed to show up at school a week earlier and all signs pointed to the likelihood that she had run away with her teacher. Christian Fraser, who is twice Megan Stammers age also failed to arrive for work the day she went missing. Frasier has been taken into custody by the French authorities on charges of abduction.

The case appears to be more a case of a young girl going willingly, rather than a forcible kidnapping. This fact doesn’t changes the way her family feels about the news of Megan being found.  The stepdad reported that, even though the working theory assumed Megan wasn’t in a life-threatening situation he and her mother Danielle have unable to get any rest until they heard Megan was safe.  “Danielle and I are so relieved that Megan has been found safe and well. We just can’t wait to be reunited with her” Mr Stammers said. Mrs. Stammers was scheduled to fly to France the following day to accompany her daughter back to Sussex.