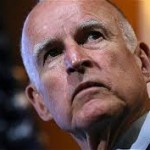 designed to give non-biological parents greater rights, this week. The move surprised many, who see Brown as a liberal in his political views. The bill-SB 15476- was sponsored by State Senator Mark Leno and intended to address the issues created by surrogate births, same-sex parenthood, assisted reproduction and blended families.

Brown left open the potential to consider the issue again in the future, siting the primary reason for his decision to veto the bill was that it was poorly written. ” …I am troubled by the fact that some family law specialists believe the bill’s ambiguities may have unintended consequences. I would like to take more time to consider all of the implications of this change” said Gov. Brown.
The bill’s sponsor and those who would most benefit, seem poised to continue the fight for parenting rights. A revised version of the bill is expected to emerge in the near future.